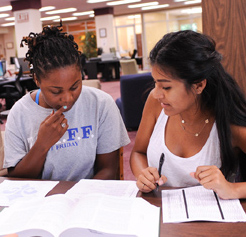 VIVA is funded through support from the Virginia General Assembly, augmented by the local institutional library budgets. Funding is allocated to VIVA by the General Assembly on a biennial basis. 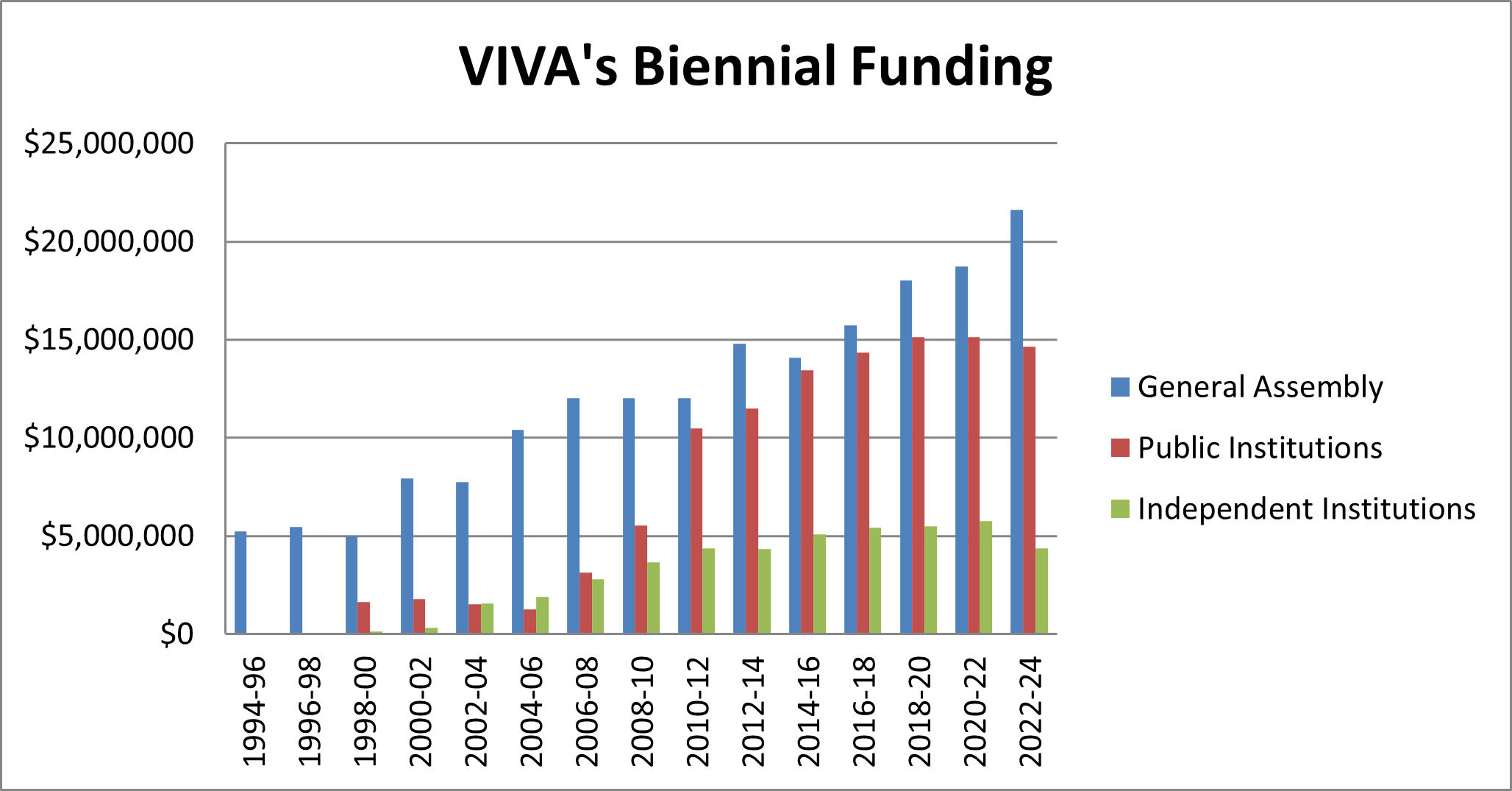 In addition to the resources acquired through the General Assembly's allocations and local institutional budgets, individual institutions have supported the VIVA project in a variety of ways, most notably through the significant amounts of time donated by dedicated library staff members throughout the Commonwealth.

VIVA libraries take pride in knowing that significant financial benefits have accrued to our members through the group purchases. As of July 1, 2018, the Virtual Library of Virginia (VIVA) had recorded over $1 billion in cost avoidance. This represents money saved over what would have been spent had each individual public institution acquired the VIVA resources independently. In most cases, these are resources that the local colleges and universities would not have been able to acquire in an electronic form without the Commonwealth's support for VIVA. VIVA not only saves money, but also levels the playing field across VIVA institutions and extends access for all of Virginia's students and faculty. Further significant cost avoidance has been achieved for subscriptions and acquisitions on behalf of the VIVA private colleges and universities.

About the VIVA Budget

VIVA began on July 1, 1994, and has been funded in two-year periods since then.